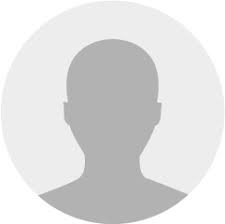 The structure of mental speed: a back-to basics look

In this talk I will briefly review the history and development of structural models of intelligence from Spearman to Carroll. The talk will then present an empirical study on the structure of various measures of mental speed. Thus, diverse measures of mental speed are correlated with intelligence and there has been a particular interest in the relationships of chronometric measures of mental speed to intelligence. For some time, the impetus for this interest was a belief that understanding such relationships was bringing us closer to understanding the biological bases of intelligence differences. Even a few years on this now seems unsustainable. Nonetheless, having a filled-out taxonomy of the structure of cognitive abilities is important. Here N = 477 individuals sampled across a broad age range completed 17 tasks, including simple and complex chronometric tasks and markers for several broad abilities. An exploratory approach to the data was used but with the aim of testing the validity of hierarchical models of mental speed and studying the contribution of specific chronometric tests to both group and general factors of intelligence. Support was found for the idea that mental speed is not unitary. Contrary to previous findings, inspection time and reaction times contributed to general intelligence directly as well as defining group factors. The point will be made that elevating one particular structural model of intelligence as the correct or best model via statistical comparison is a fool’s errand. The take-away is that models of different levels of generality are needed to address specific research questions.

Speaker bio:I teach individual differences, psychometrics, and statistics courses at the School of Psychology, University of Adelaide and have done so now for 21 years. I have supervised 23 PhD candidates to completion and 17 of these have had a strong focus on issues involving individual differences.

My research has as a common theme the assessment of subtle changes in cognitive function that arise as a result of, for example, environmental neurotoxins, drugs, and both normal and pathological ageing. More recently, we have begun to investigate the genetics of individual differences in learning; as well as examining relationships between learning and intelligence.

Critically, my work is very much cross-disciplinary and large scale whereby my expertise in cognitive assessment, psychometrics and statistical methods complements the expertise of my colleagues.