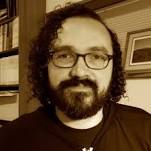 Just “to know”: Are individuals high in openness/intellect more sensitive to the reward value of information?